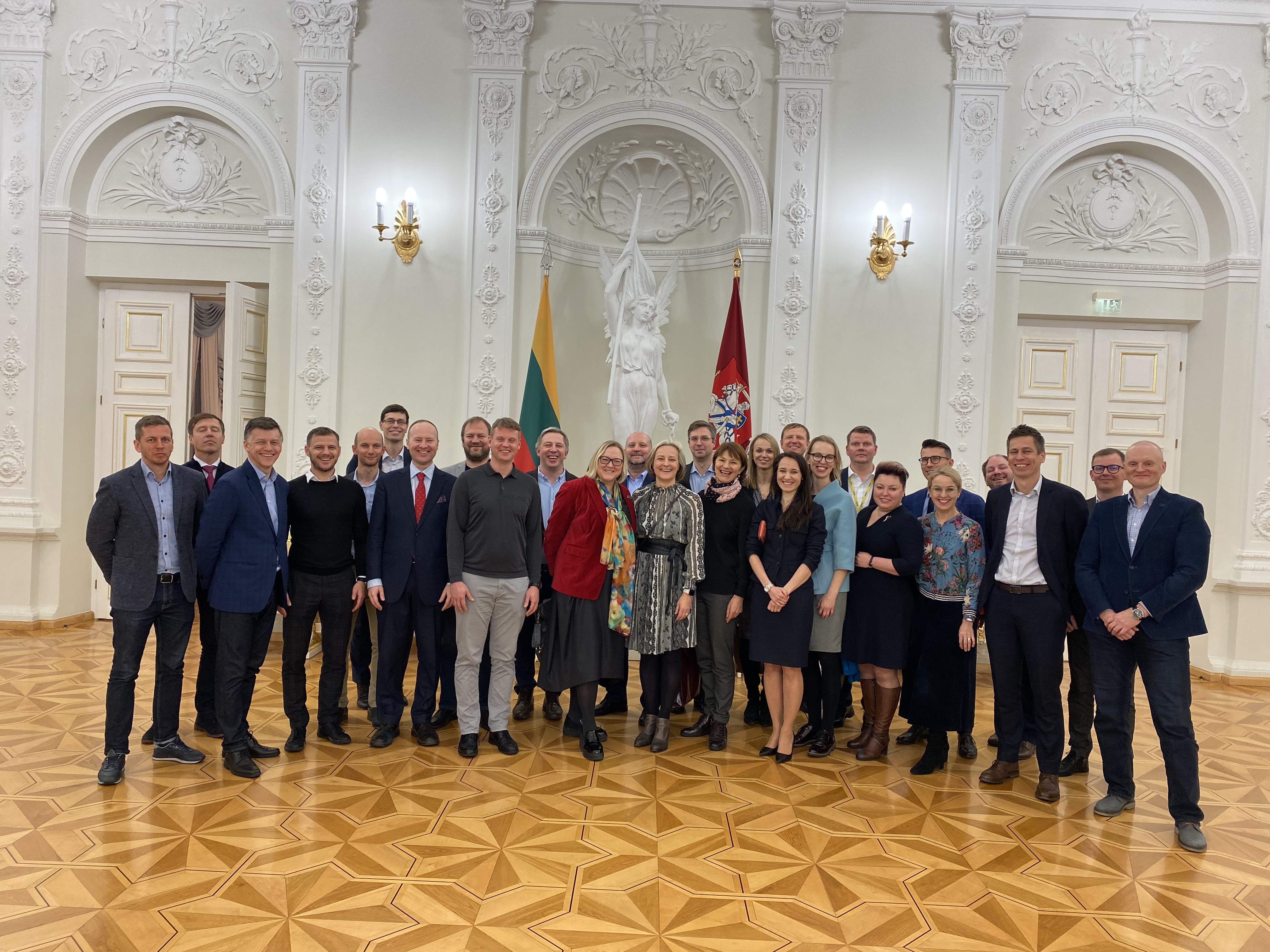 Late on the last Friday in January, a group of 35 BMI alumni entered as special guests into the Palace of the President of Lithuania. For two hours they were welcomed and treated as VIPs by two fellow alumni, Simonas Krėpšta and Antanas Bubnelis, who are senior members of President Gitanas Nausėda’s team.

Simonas, of EMBA Class XX, is Chief Advisor for Economic and Social Policy. He gave a brief presentation to the executives from BMI on the president’s economic vision and priorities, followed by questions, answers and general discussion of the country’s development, business needs and political realities. Strong emphasis was placed on the key area of education and on reducing economic inequality.

Then Antanas, of EMBA Class X, who is the president’s Chief Spokesman, spoke about his transition to the public sector last year from being head of corporate affairs at one of the country’s biggest telecommunications companies.

After satisfying the group’s curiosity about many (but not all) aspects of life in the president’s office, Antanas led a tour of the building: through rooms where the head of state talks one-on-one with ministers and visiting dignitaries, to a waiting room for ambassadors, and an impressive grand hall for official ceremonies.

All in all, it was a valuable way to spend a Friday afternoon. BMI Alumni Association President Vaiva Tylienė warmly thanked Antanas and Simonas, also encouraging other alumni to host visits to their workplaces, even if it would be hard to find a more impressive one than this. 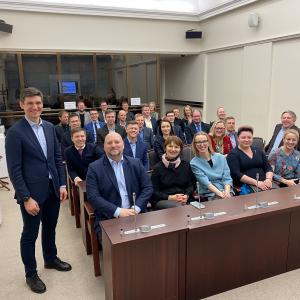 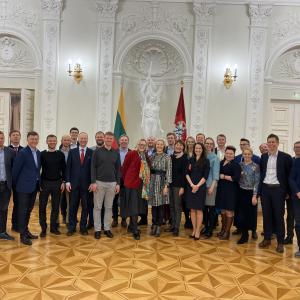 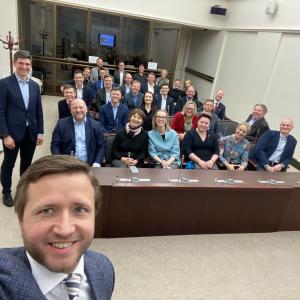